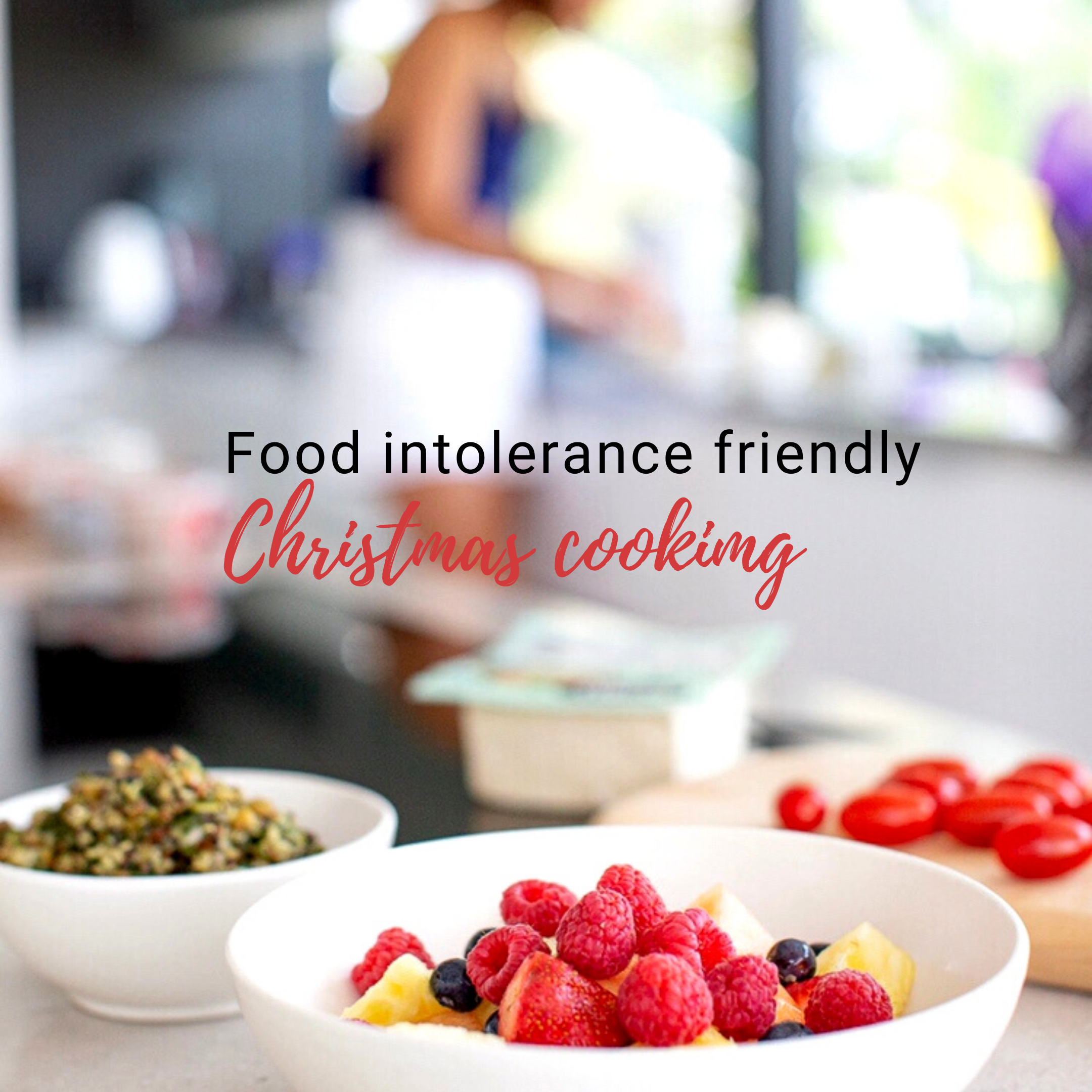 If you are hosting a Christmas event, it’s not uncommon to have to cater for various dietary requirements such as veganism through to food intolerances and allergies such as dairy and nuts and medical restrictions such as coeliac disease and IBS.

However, these requirements can easily be catered to, with little fuss, when following below simple replacements and hacks.

If any of your guests have coeliac disease, they must avoid all sources of gluten entirely. Other guests may have gluten sensitivity and not feel well when gluten is consumed and choose to avoid it.

Gluten containing grains can often be easily replaced for gluten free options. For example, instead of a cous cous salad, use quinoa. Instead of wheat/regular pasta salad, try gluten free or brown rice pasta. When making a stuffing, use gluten free bread.

Be mindful of hidden sources of gluten such as:

If cooking from scratch, it’s quite easy to avoid nuts. If you are using bottled sauces and ingredients, make sure to carefully check the ingredients list and any claims made.

Nuts tend to be used in salads, stuffing’s or in desserts.

If nuts need to be avoided, they can be replaced with seeds such as sunflower, chia, pumpkin, linseeds or hemp

These days there are so many dairy alternatives so it’s also quite easy to substitute or simply have on the side as optional such as:

Baking >>> use olive oil instead of butter and swap cows milk for soy, rice, oat or almond.

Cheese >>> common in salads over Christmas, instead try baked tofu, avocado or mango.

Make sure to check the ingredients list of bottled sauces and dressing because they often contain dairy.

A vegan diet means the absence of all animal products entirely.

If you have vegan guests, there are endless vegan ideas, which would sure to please everyone including:

Everyone has varying degrees of FODMAP sensitivity, so it’s impossible to cater exactly for all, but what you can do is offer a relatively low FODMAP meal, by limiting or avoiding the below.